Lingua Extraterrestris is an exploration into the limits of communication and my MA thesis.

I'm interested in CETI — Communication with Extraterrestrial Intelligence — because it is the most extreme example of all communication types. My investigation looks into historical and science-fiction examples of CETI, and concludes in expanding on the seminal Drake Equation.

I presented Lingua Extraterrestris at two astrobiology conferences and in a workshop at the SETI Institute in Mountain View, California.

Communication with Extraterrestrial Intelligence (the active branch of SETI) has always been focused on the question: "What should we say to them once we make the contact?" 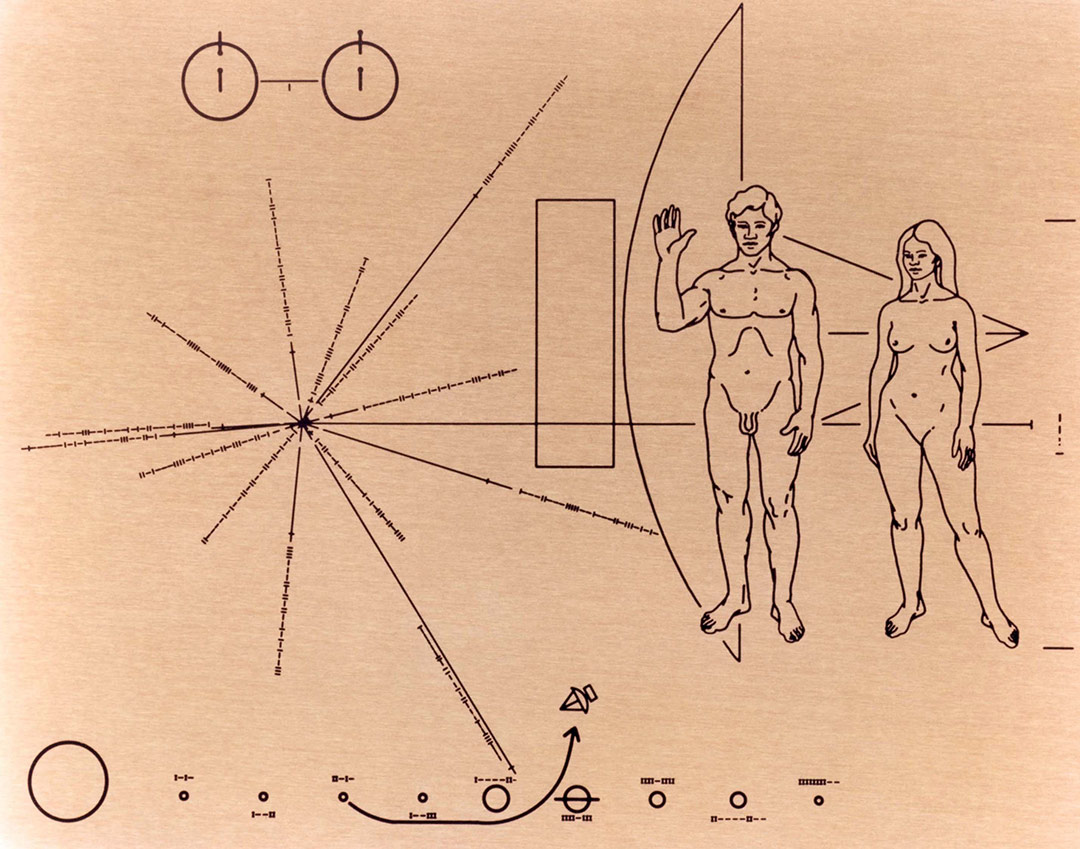 Pioneer 10 and 11 plaque, designed by Sagan and Drake, NASA

My own research focused on looking at the process of extraterrestrial communication through the lens of different theories of information.

I looked at both scientific and science-fiction examples of communicating with extraterrestrials. I wanted to understand the similarities and differences in various ways of communication that we are familiar with here on Earth.

From the science-fiction films like Spielberg's "Close Encounters of the Third Kind"...

Close Encounters of the Third Kind, directed by S. Spielberg, 1977

...to controversial accounts from Independent Thinkers...

...to historic scientific endeavours such as radio-broadcasting the famous Arecibo message. 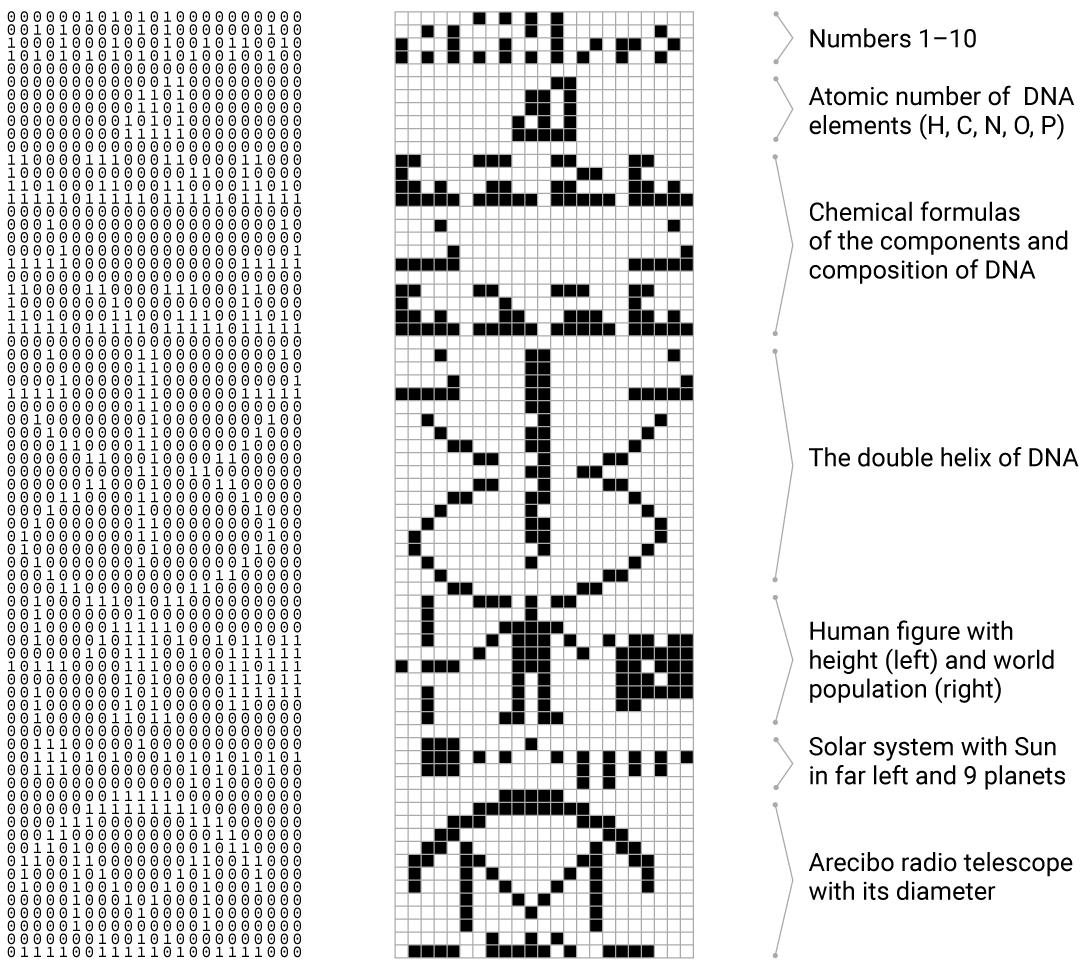 Arecibo message sent towards the globular star cluster M13 in 1974

I also looked at how information theory can inform our understanding of the Drake Equation, which allows estimating the number of civilisations in our Galaxy with whom we might communicate.

I suggest to expand one of Drake's original terms — fc — to take into account four factors that are central to information theory and linguistic models of communication: Channel, Contact, Context, and Code.

I presented my thesis at the Communicating Across the Cosmos workshop in 2014 at the SETI Institute in Mountain View, CA, and at the History and Philosophy of Astrobiology symposium on Tycho Brache's island of Ven in Sweden in 2011.

I also discussed my research in an interview for a BBC Futures article by Tracey Logan.

You can read the whole thesis here.


With no hard evidence for the existence of extraterrestrial intelligence (ETI), communication with ETI (CETI) remains a scholarly exercise with great potential for speculation and experimentation.

The purpose of this paper is to explore CETI as the most general instance of the communication process. A custom method is used to analyse both historical and fictional examples of CETI from the perspective of the theory and practice of exchanging information. This approach is based on decisions:

2. To use a hybrid communication model for investigating CETI; because none of the existing models of terrestrial communication covers the full scope of the CETI problem, a custom model is proposed that combines elements of the Shannon-Weaver and the Jakobson models of communication.

As a result of this investigation, a possibility for expanding on the fc term of the Drake equation is identified, and interpreting it through four aspects of the generalised communication process (Channel, Contact, Context, Code) suggested. 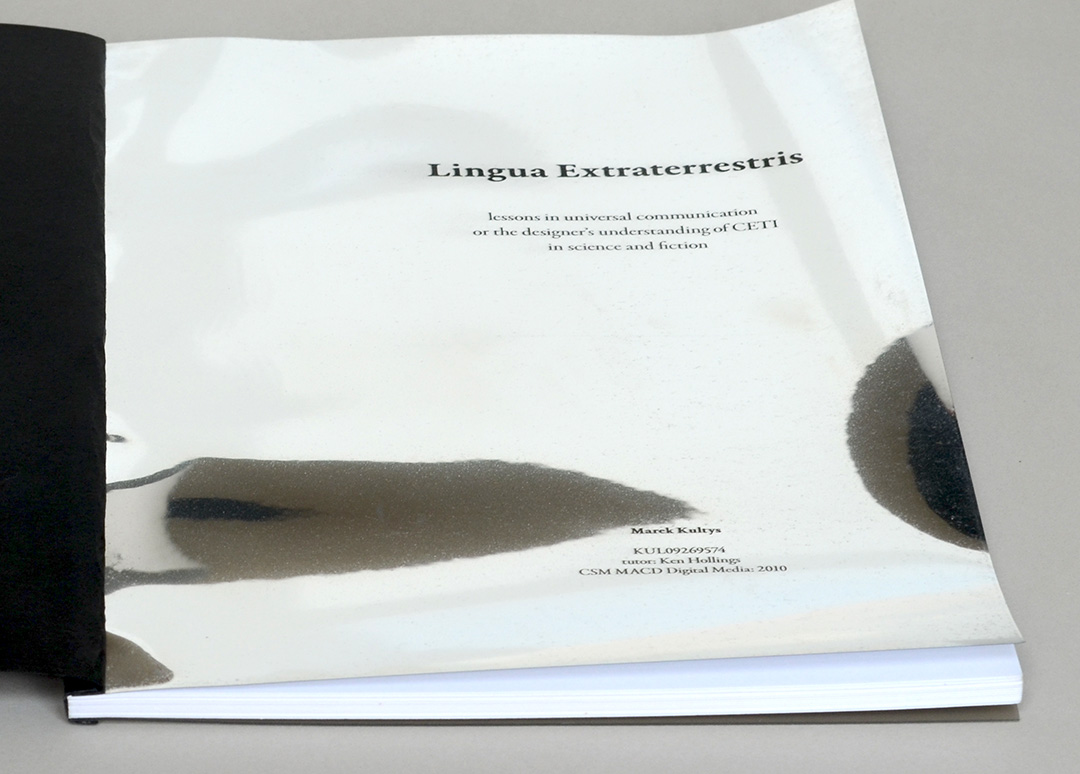 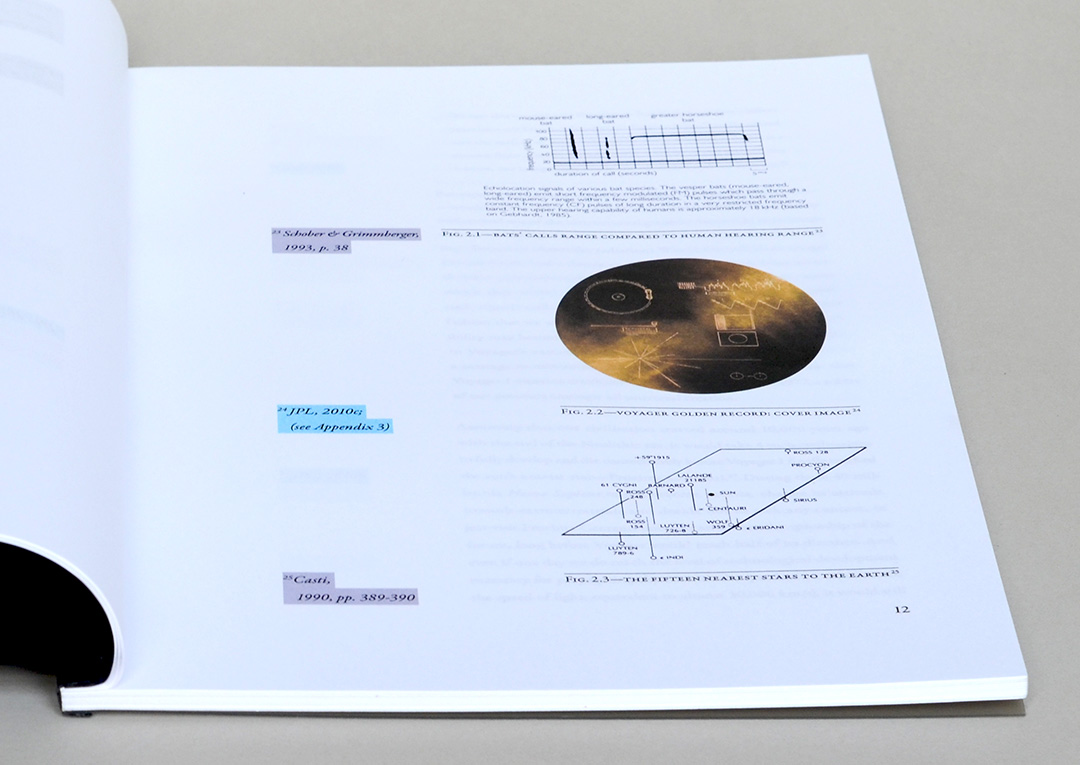 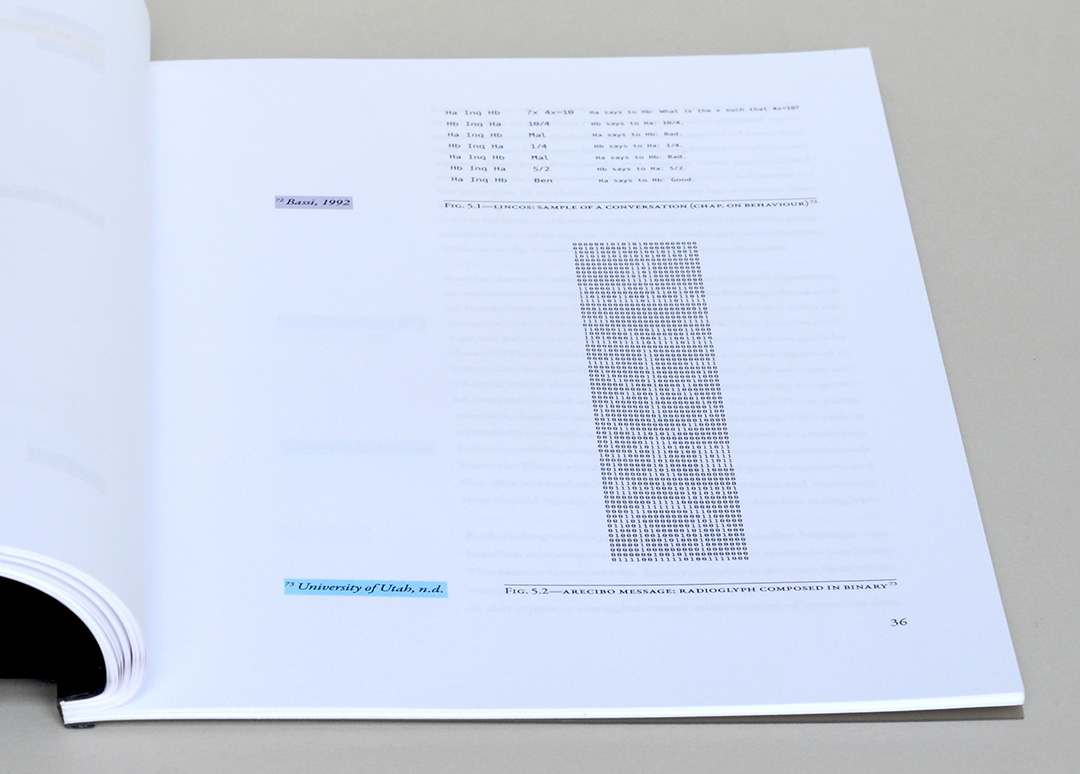 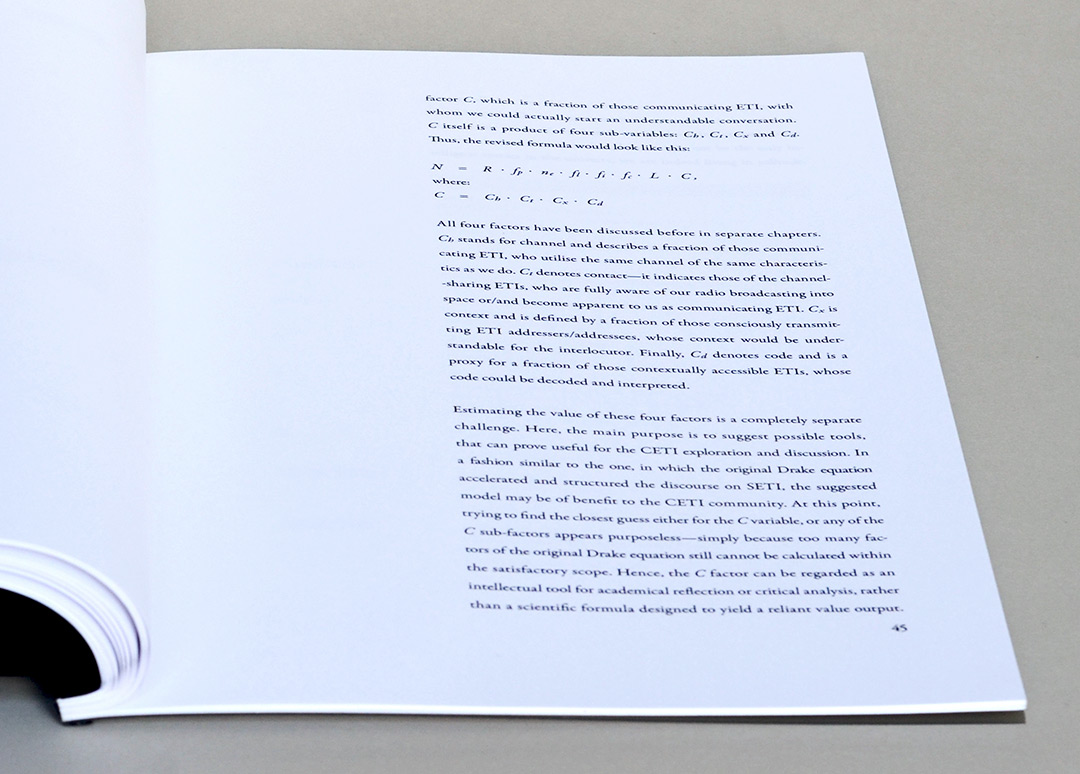