I published the diagrams on Wikipedia under the CC BY-SA 3.0 Creative Commons license. The diagrams have been used on 22 Wikipedia pages in 12 languages, used in high school and university teaching in Poland and USA, and published in books.

In mitosis, a single somatic diploid cell divides into two identical diploid cells. In other words, a cell makes an exact copy of itself. 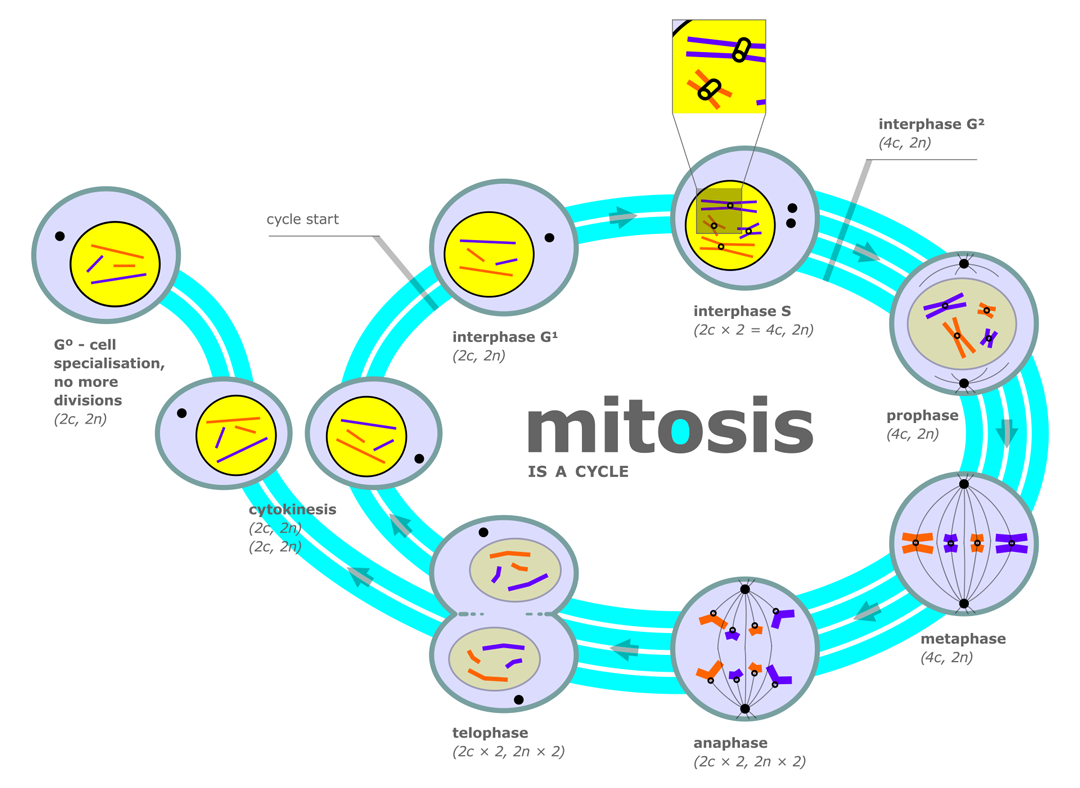 In meiosis, a single diploid cell divides into four haploid cells: gametes or meiospores. In other words, a cell splits into four reproductive cells (in humans it's egg and sperm cells). 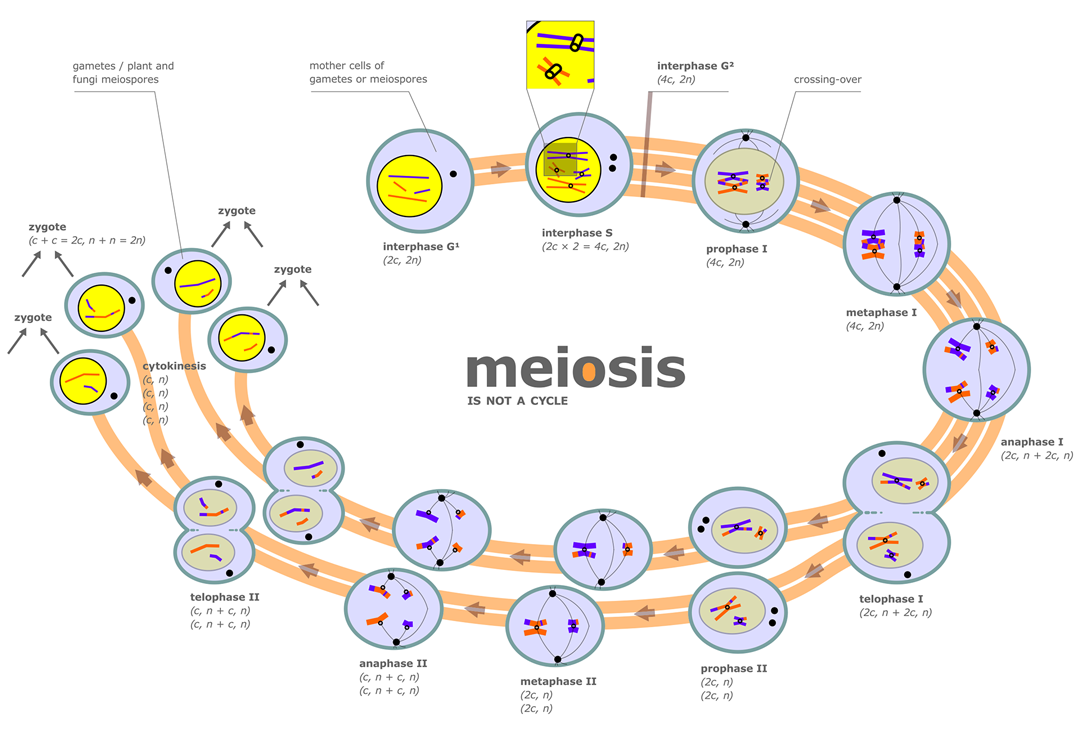 It took me about 6 months to develop all three diagrams. Everything started with low-fidelity sketches, in which I could capture all scientific concepts agreed with my high school biology teacher, Dr Włodzimierz Wójcik. 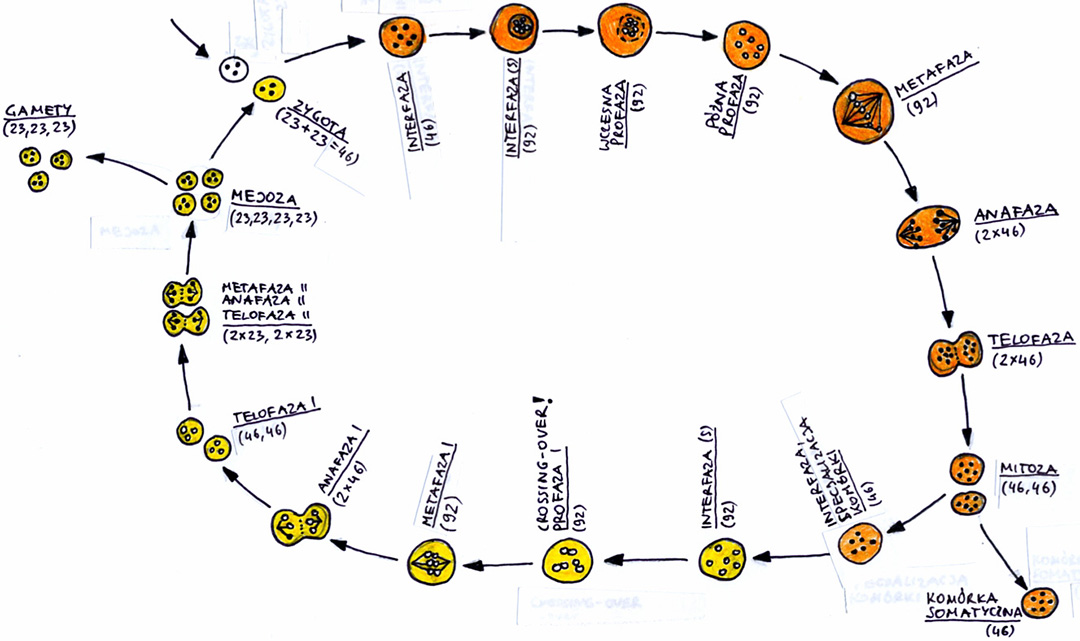 We worked through several iterations. Once I managed to work out diagram structure in detail, I later progressed to sketching in higher fidelity and, ultimately, to digital production. 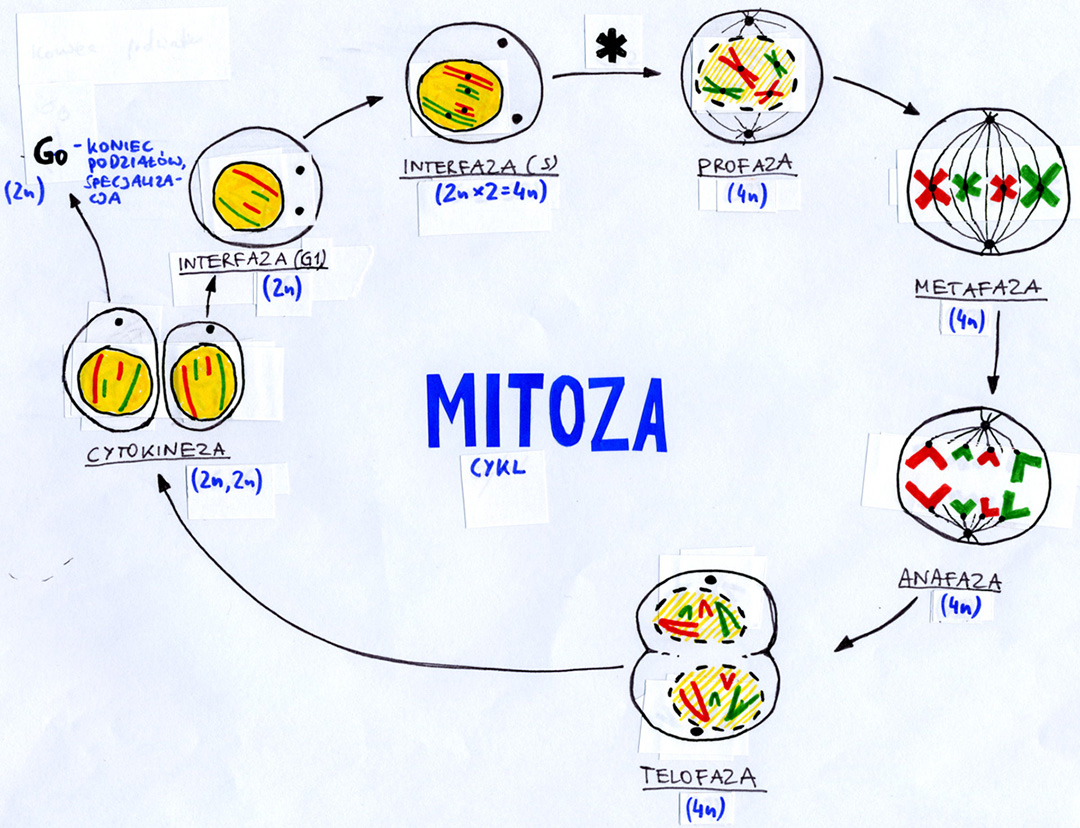 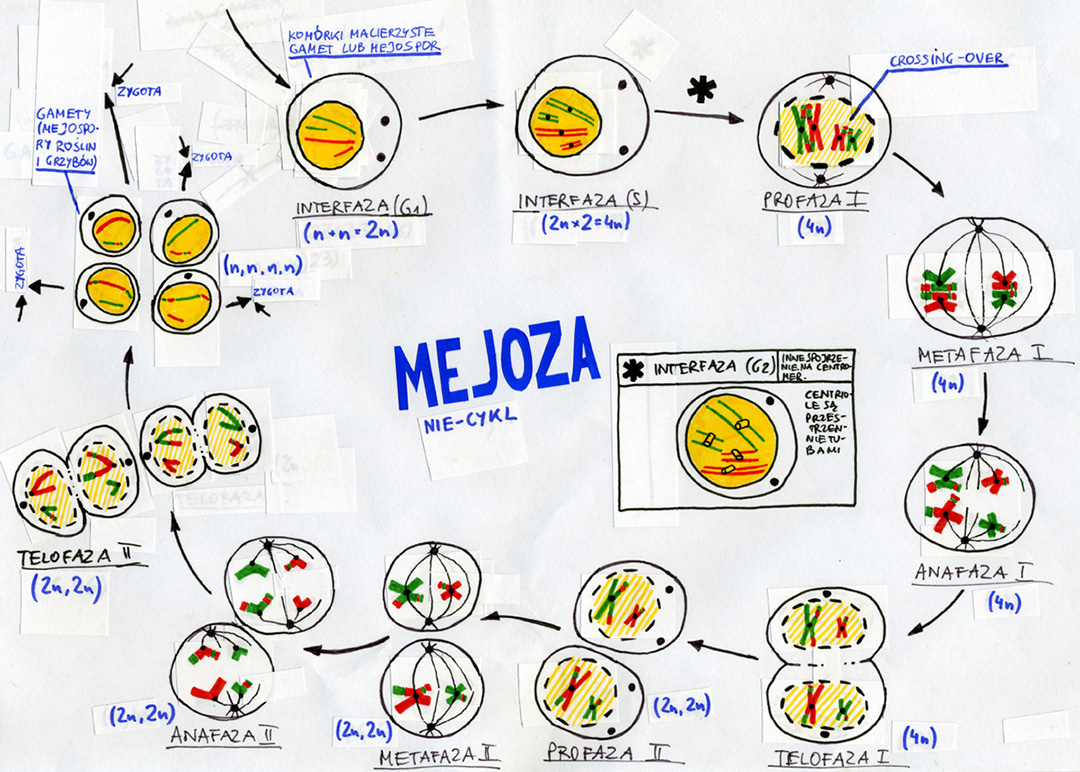 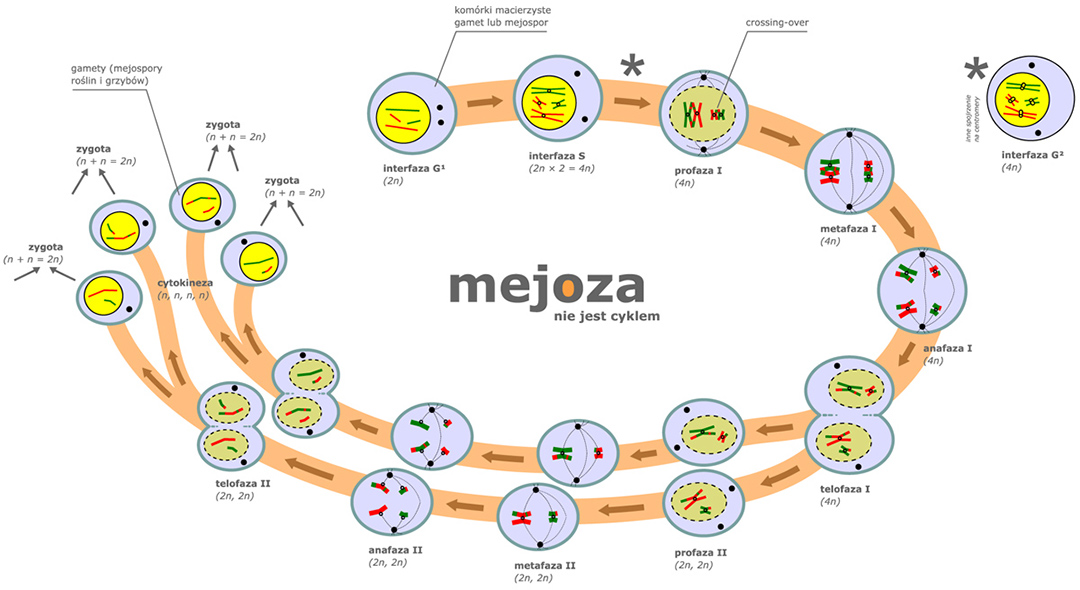